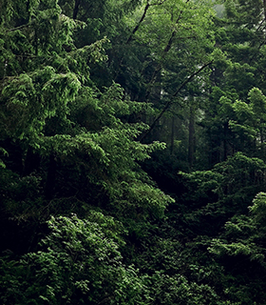 Share this tribute
Memorial Candles Lit for Kristina | SEE ALL
Light a Candle
"We are honored to provide this Book of Memories to the family."
— Rollins Funeral Home
Funeral Details Memory Wall Photos & Videos Send Flowers

Print
Kristina Hollis, 55, of Platte City, MO passed away Wednesday, November 28, 2018. Kristina was born December 27, 1962 in Phoenix, AZ to Rodger and Donna (McKean) Gillette. She was raised in Arizona and moved to Platte City in 1992. Kristina married Roy Winston Hollis on August 15, 1990 in Sierra Vista, AZ. Kristina was involved in a wide array of interests which included being a certified respiratory therapist, a cosmetologist, and had earned her associate’s degree in computer aided design. She worked for Motorola for 10 years, before moving to Platte City, where she worked with Platte County Schools, and helped people with mental disabilities. Kristina was a very spiritual person and attended The Rock of K.C. She was an avid bingo player and was very artistic, enjoying various crafts. Kristina was preceded in death by her mother, and a son William Hollis. She is survived by: her husband Roy; her sons Jesse English, and Quinten (Bobbi Jo) Reischmann; 5 grandchildren Wyatt, Makenzie, Elliot, Lucy, and Lucas; her siblings Angela Adams, Jeff Gillette, and Robin Pilkin; and her lifelong friend Julie Steinbach. Following cremation, a visitation will be held 1:00 – 2:00 p.m., Saturday, December 8, 2018 followed by a 2:00 p.m. memorial service. Memorial contributions can be given to: Wayside Waifs—3901 Martha Truman Rd.—K.C., MO 61437.

We encourage you to share any memorable photos or stories about Kristina. All tributes placed on and purchased through this memorial website will remain on in perpetuity for future generations.

May your heart and soul find peace and comfort.
Bob and Pat Cunningham - Saturday December 08, 2018 via Heartfelt Sympathies

AA
To my sister... I’m so sorry you have been going through such a hard and devastating time. You leave behind love ones that will truly miss your smile. You once were full of life and happiness and I pray you have now found it again. I will always be your pain in the butt little sister.. Love you to eternity!!! Give mom a grandma a kiss for me!!
Angela Adams - Thursday December 06, 2018 via Condolence Message

Add Photos
There are currently no photos. Click here to share your photos.
Send flowers to the family
Choose from beautiful standing, table and basket arrangements. Safe and secure online ordering.
View Flower Arrangements
What has already been purchased for the family?
Family Log-In