To share your memory on the wall of Jeanee White, sign in using one of the following options:

To send flowers to the family or plant a tree in memory of Jeanee White, please visit our Heartfelt Sympathies Store.

We encourage you to share your most beloved memories of Jeanee here, so that the family and other loved ones can always see it. You can upload cherished photographs, or share your favorite stories, and can even comment on those shared by others.

Posted Nov 11, 2019 at 03:06pm
Jeanee was the personification of class, grace and dignity and treated everyone she encountered accordingly. I always enjoyed my conversations with her and appreciated her unwavering devotion to her family and her strong commitment to the community. Patty and send our most heartfelt condolences to her family on the loss of this very special woman.
Comment Share
Share via:
KH

Posted Nov 11, 2019 at 09:00am
Connie and I send our condolences for a very special Lady. Jeanee was always filled with grace and and a kind heart that surely will be missed.

Posted Nov 11, 2019 at 08:07am
You have our love as you remember an exquisite woman with a powerful legacy.

Flowers were purchased for the family of Jeanee White. Send Flowers

Posted Nov 09, 2019 at 10:44am
I am so very sorry for your loss. Mrs. White (I still find it hard to call my childhood friends’ parents by their first names) was a wonderful lady. My memories of her are many and fond.

I will hold you family in my heart and prayers in these difficult days while you go forth with open heats, smiling, and loving.
Comment Share
Share via:
E 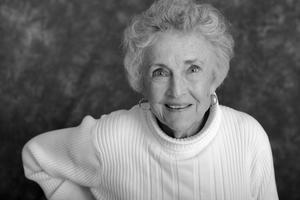