To share your memory on the wall of Brett Hollandsworth, sign in using one of the following options:

Provide comfort for the family of Brett Hollandsworth with a meaningful gesture of sympathy.

We encourage you to share your most beloved memories of Brett here, so that the family and other loved ones can always see it. You can upload cherished photographs, or share your favorite stories, and can even comment on those shared by others.

Ryan, Megan, Lucy & George Robertson, Michael and Jaye Ottinger Family. And Staci Niels, and others have sent flowers to the family of Brett Warren Hollandsworth.
Show you care by sending flowers

Posted Jan 04, 2020 at 09:02am
Brett was one of the most funny and nice kid in 7th grade. He always knew when it was the right time to have fun and then get to work. Even though he wasn't in my classes this year I still will remember the fun times we had. But know he is in a better place (Heaven) and I will miss him so much. And to brett's family I'm so sorry for this tough loss. Everyone's love and support will always be here for you.
Comment Share
Share via:
A

Posted Dec 26, 2019 at 08:14pm
Brett was a great friend throughout growing up even though he did get me in trouble sometimes. I will miss talking to him before Band concerts and listening to him talk about random things in the hallway. Though I did not have any classes with him this year I will remember all of the times he was in my classes through the years. I will miss him dearly. Thank you Brett for everything and I will keep you in my memories. Thank you
Comment Share
Share via:
RR

Posted Dec 24, 2019 at 08:51am
Our thoughts are with you and your family during this difficult time. Please accept our most heartfelt sympathies for your loss. 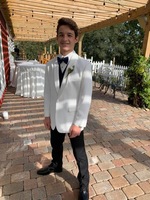 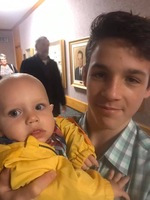