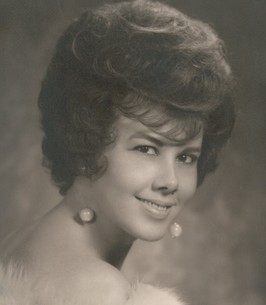 Share this tribute
Memorial Candles Lit for Mary | SEE ALL
Light a Candle
"We are honored to provide this Book of Memories to the family."
— Rollins Funeral Home
Funeral Details Memory Wall Photos & Videos Send Flowers

Print
Mary Lou Ode, 88, of Platte City, MO passed away Monday, September 10, 2018 at North Kansas City Hospital. Mary was born July 16, 1930 in Gashland, MO to Richard D. and Bessie Mae (Montgomery) Justus. She attended the North K.C. High School. Mary was a longtime member of the Glenwood Baptist Temple, where she was the founder of the Jolly 60’s group. In addition to many church activities, she also liked to bowl and modeled in her youth. A successful businesswoman, she owned and operated Mary Lou’s Beauty Wave and Style Salon; and later worked out of her home for many additional years. Mary’s passion was her family. Mary loved to cook, and published a book on their genealogy. Mary was preceded in death by her parents; her husband Walter Thomas “Tom” Ode; and her six beloved brothers and sisters. She is survived by: her son Donald (Kerry) Pickard of K.C., MO; her grandchildren Joshua Pickard of Las Vegas, NV, Tamara (Mike) Mrowinski of Gladstone, MO, Nicole (Jay) Ferries of Denver, CO, and Jake Howlier of K.C., MO; great grandchildren Grayson, Savanna, Landon, and Charlie; and numerous nieces, nephews, friends and extended family. A visitation will be held 10:00 – 11`:00 a.m., Friday, September 14 at Rollins Funeral Home in Platte City; followed by an 11:00 a.m. funeral service. Interment will follow at the Platte City Cemetery. In lieu of flowers, donations may be made to a charity that reminds you of Mary.

We encourage you to share any memorable photos or stories about Mary. All tributes placed on and purchased through this memorial website will remain on in perpetuity for future generations.

JJ
Love you Aunt Mary with all of my heart! Days at the farm with the family are some of my most precious memories. Thank you for everything you have done. Love to you forever,
James A. Justus - Friday September 14, 2018 via Condolence Message
1
Page 1 of 1
Share
×

Send flowers to the family
Choose from beautiful standing, table and basket arrangements. Safe and secure online ordering.
View Flower Arrangements
What has already been purchased for the family?
Family Log-In